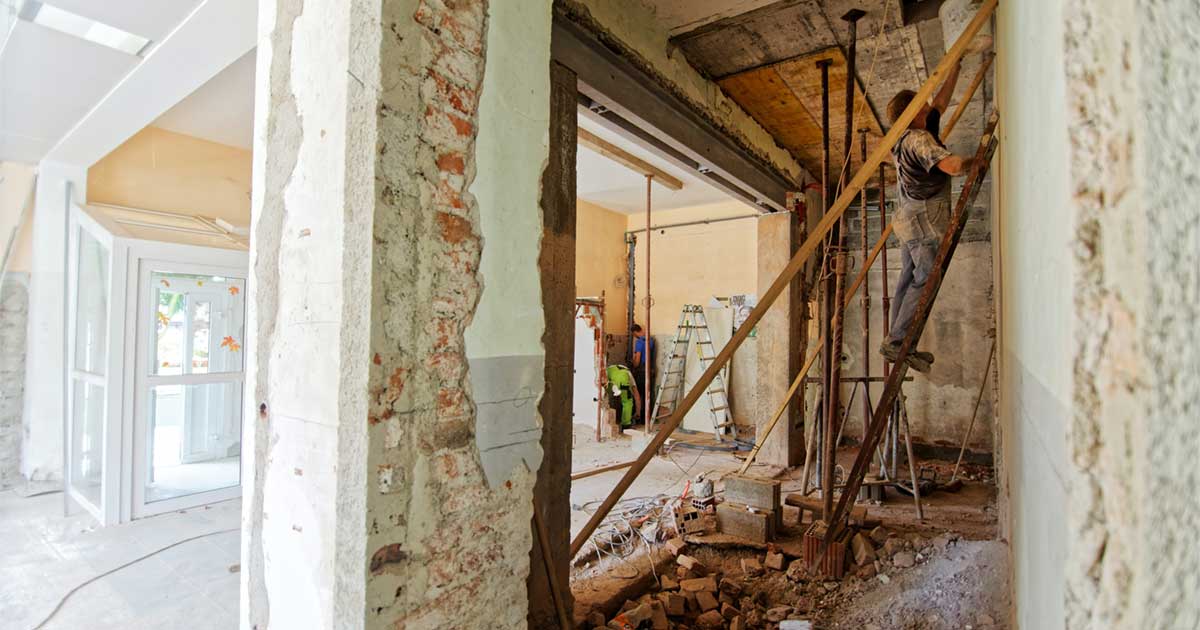 There has been a lot of focus lately on how to manage environmental liabilities if a drycleaner wants to sell their property. Clearly, it’s important to strategically manage these issues to maximize the value of the transaction. I have also heard, however, of several drycleaners talking about leasing their building instead of selling after closing an operation. If that is your intent, then there are still several environmentally related issues, such as vapor intrusion, to be mindful of as you enter lease negotiations with a prospective, non-drycleaner tenant.

WHAT IS ACCEPTABLE INDOOR AIR QUALITY?
First, be aware that indoor air quality requirements are different for an active drycleaner than they are for another type of business. As an operator of a commercial drycleaning operation, you’re aware that the worker conditions within the plant are governed by the U.S. Occupational Safety and Health Administration (OSHA), or by a relevant State OSHA department. As a part of the applicable regulations, OSHA administers threshold screening levels for chemicals in use that are deemed safe for commercial worker exposure scenarios. A good example is the ambient indoor air concentration of Perc. During active drycleaning operations, the OSHA indoor air screening level for Perc is 100 parts per million (PPM). This means that OSHA has determined that it is safe for commercial workers to breathe an average of 100 PPM of Perc for an eight-hour shift if being around Perc is part of their job duties. In compliance with OSHA, employers who expect their employees to be around Perc, or any other chemical, should prepare and have on-hand a Hazardous Communication Plan (HazCom Plan). The HazCom plan explains all hazardous chemicals in use at the facility, lists all the OSHA applicable threshold levels, and establishes a procedure for communicating these to employees. Once the HazCom plan is in place, then the OSHA levels apply.

During vapor intrusion assessments conducted as a part of a regulatory environmental investigation, the indoor screening level for Perc is much lower. Depending on the state in which your business is located, the concentration of Perc considered safe for non-occupational, commercial settings can be as low as 2 micrograms per cubic meter (ug/m3), which is the same as 0.003 PPM. This example is for a site in the Bay Area of California. A more typical example is Indiana, which establishes their vapor intrusion screening level for Perc in commercial scenarios at 180 ug/m3, or 0.026 PPM. The point I am trying to make here is that if Perc is an integral part of commercial operations and it is included as part of an OSHA HazCom Plan, workers can be exposed to 100 PPM of Perc in the indoor air; but if you move out of your plant and another commercial business moves in that doesn’t use Perc in their operations, the incredibly more stringent level of 0.026 PPM applies in Indiana, and 0.003 PPM applies in the Bay Area if a subsequent vapor intrusion assessment were to be conducted.

Learn why the Winter and Summer months are the best times of year to assess indoor air quality.

WHAT ARE SOME STRUCTURAL ISSUES THAT CAN CAUSE INDOOR AIR QUALITY CONCERNS FOR NON-DRYCLEANER RENTERS?
Once a drycleaner moves out of a space and a new tenant moves in, which could be an ice cream shop, retail clothing, business supplies, or a convenience store, there are common concerns about indoor air quality by the new tenant. When sampled, the indoor air in a former Perc drycleaner space almost always contains Perc at concentrations well above the low, low vapor intrusion screening level. Without additional information, it is difficult to determine if the air quality problems are related to an underlying environmental release, or simply from indoor building materials off-gassing Perc from having been in place for so long while active drycleaning operations were ongoing. This is much more common than you might think. One of the most frequent sources of indoor air problems not related to vapor intrusion is the concrete floor near the former drycleaning machine. Over years of operation, the concrete floor can become essentially saturated with Perc due to a long history of small, incidental drips and dribbles of solvent. We all know that one of the most legendary sources for environmental impacts to the subsurface is the drycleaning machine for that very reason. Even if the drips and dribbles didn’t make it to the subsurface, that concrete can release Perc vapors for a very long time. I’ve also seen the concrete wall behind the former drycleaning machine be a significant issue.

Other building materials can also cause indoor air problems. Drywall, insulation, and ceiling tiles are all porous materials that can trap Perc vapors during active operations and slowly release them over time. If you recall the “Chinese Drywall” incident several years ago, that was a similar scenario. In that situation, drywall manufactured in China, imported to the United States, and used in residential construction between 2001 and 2009 affected an estimated 100,000 homes in more than 20 states. When sensitive homeowners began feeling ill effects, laboratory tests showed off-gassing of volatile chemicals including carbon disulfide, carbonyl sulfide, and hydrogen sulfide. The drywall would have been exposed to those chemicals during the manufacturing process, and later began off-gassing once in place in the homes. Drywall, insulation, and drop-ceiling tiles can do precisely the same thing with Perc.

Floor drains are also areas where indoor air problems can arise after drycleaning operations cease. If separator water, floor wash water, or small spills of Perc were ever routed to the sanitary sewer floor drains, the vapors can return over time. Most floor drains are equipped with P-traps that are designed to create a vapor seal using the water that is poured into them to avoid this situation. Even without the Perc vapors, nobody wants sewer gas in their store. Oftentimes, however, once the drycleaner moves out and a different user moves in, those floor drains are no longer used frequently and perhaps even carpeted over and forgotten about. For the P-traps in the floor drains to continue working they need to be periodically used so that the water creating the seal can remain in-place. If the floor drains aren’t used, the water evaporates over time, and gasses can seep back into the room.

IS THERE A POTENTIAL FOR VAPOR INTRUSION?
Then, of course, there is always the threat of vapor intrusion to occur, if the subsurface has been impacted by a release of Perc. The volatile Perc present in the soils beneath or near the building can migrate through cracks in the floor, expansion joints, or floor penetrations such as drains and pipes, causing an indoor air problem. There is even research data that shows how high indoor air concentrations of Perc during active drycleaning operations can migrate downward through the concrete floor, and later reverse course to come back into the indoor air.

Learn the five things you should know about vapor intrusion and your health.

HOW SHOULD I PREPARE MY PROPERTY FOR NON-DRYCLEANING RENTERS?
If you are interested in leasing your former drycleaning space, there are some best practices that you can perform to make sure that your new tenant doesn’t have any indoor air problems to worry about. First, as you are moving out the drycleaning plant equipment, go ahead and remove old building materials like drywall, insulation, and drop-ceiling tiles. Prospective tenants will probably appreciate the clean slate anyway. Also, while you are down to the bare concrete floor and walls, clean and seal them with a product designed to stop off-gassing. Additionally, if your new tenant doesn’t have a reason to use the floor drains…seal them up. Or you can install one-way vapor lock valves in the drains, which is probably a good idea regardless. I also recommend that you install some type of vapor intrusion mitigation system in the space, even if you haven’t performed an investigation. There are multiple styles of mitigation systems ranging from a paint-on vapor barrier to a fan-based system like a radon system. If you are gutting the space anyway, the paint-on barriers are very effective.

If it is your intent to hold on to your property and not sell, and not perform an environmental investigation, these steps will help you feel more secure that your new tenant is not being exposed to Perc above the newly applicable, non-OSHA, indoor air screening levels.

Whether you want to buy, sell, or rent, learn how we can help you prepare your drycleaner for its next chapter.

Jeff Carnahan, President
Jeff Carnahan, LPG, has 20+ years of environmental consulting and remediation experience. His technical expertise focuses on the investigation and interpretation of subsurface releases of hazardous substances for the purpose of evaluating and controlling the risk and cost implications. He has been a partner in the drycleaning industry for the past decade and is a frequent contributor to the national drycleaning publication Cleaner & Launderer. He is an industry leader in understanding that environmental risk includes not only cleanup costs, but also known and unknown third-party liability.