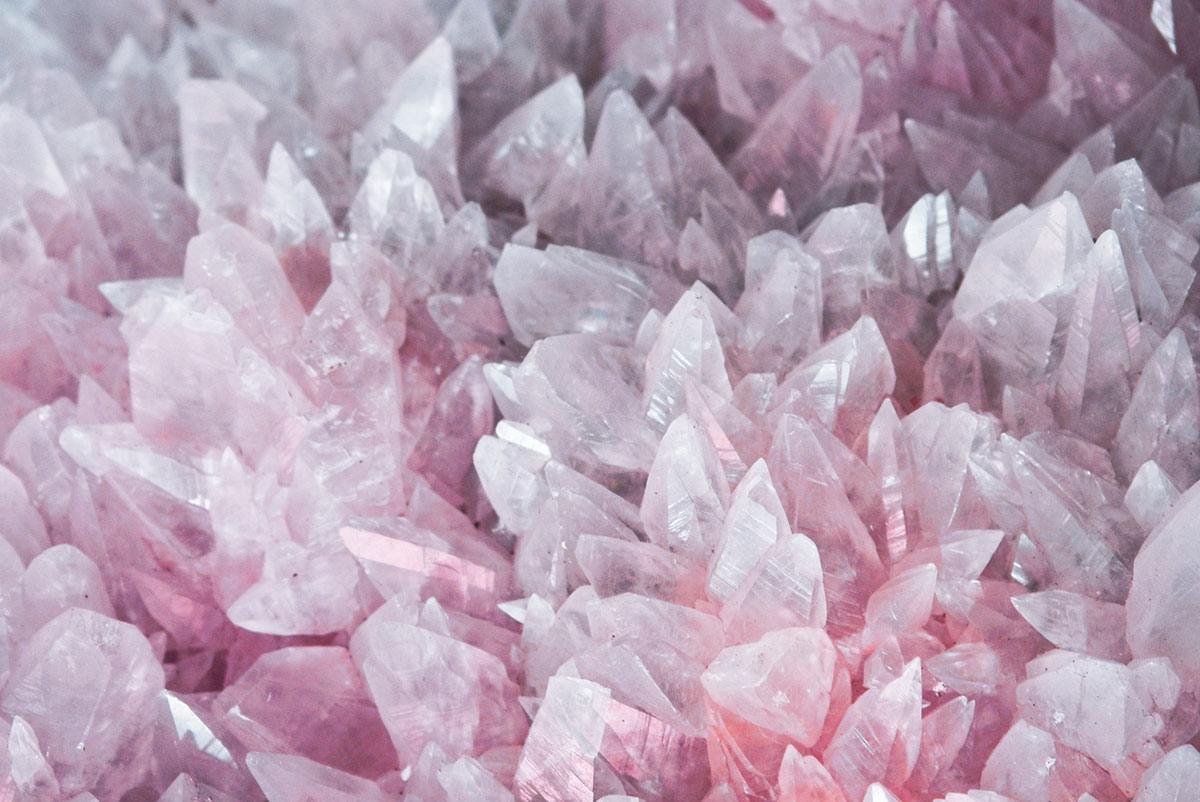 Geology deals with the earth’s physical structure, substance, and the various processes that have led to the formation of the world we know today. The study of geology continues to lead us to monumental discoveries in the fields of astronomy, oceanography, meteorology, and countless others. On Geologists Day, we celebrate the curious minds that have contributed to this rich history of geological achievements.

The History of Geologists Day

Every year, on the first Sunday of April, Geologists Day is celebrated by shining a light on these individuals who pursue this essential discipline. In 1966, Geologists Day started in the former Soviet Union to observe the end of Winter and the beginning of the Spring and Summer mining seasons. It has since expanded across the globe and celebrates a variety of fields that employ geologists including the environmental consulting industry.

The Role of Geologists in Environmental Consulting

Geologists are incredibly important in the environmental consulting field. They are relied on for their expertise and knowledge of the different types of rocks and soils that make up the earth’s crust and how contaminated groundwater moves through the subsurface. Assessing the stratigraphy from soil cores or the fractures in bedrock cores, the geologist can map in 3-dimensions the subsurface conditions. This information, coupled with the aquifer pump tests results and the distribution of contaminants in groundwater collected from wells and borings, enables the geologist to determine the rate and direction contamination is migrating and how fast it is degrading. After geologists assess the soil and groundwater contamination, they help develop and implement remedial strategies designed to remove, degrade, and reduce the levels of contamination caused by a spill or release.

Geologists understand the history of the formation of the earth and its components, and use that knowledge to observe and predict how water and environmental contaminants move through the earth. We asked our geologists for their favorite rocks and minerals. Check out some of the favorites! 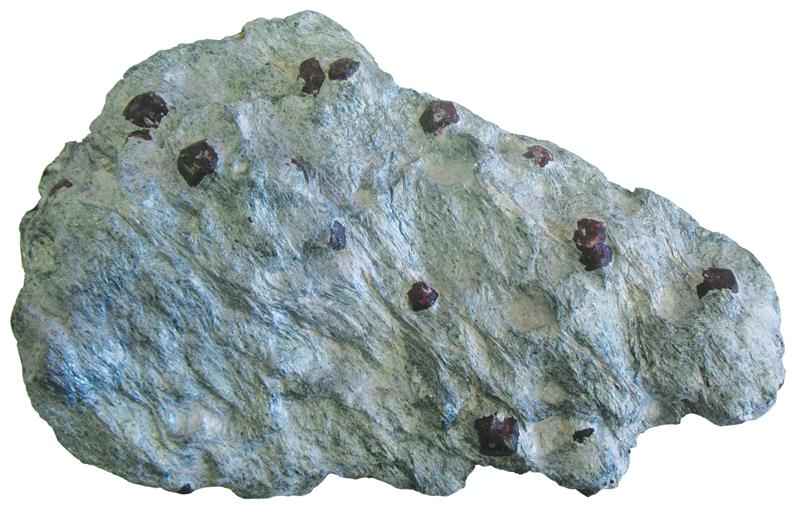 What our geology experts say about Muscovite
“My favorite class of mineral is the silicates. My favorite silicate structure is the phyllosilicates, and my favorite of those minerals is muscovite. My favorite rock includes that, and is a garnet-mica-schist. When I first saw this rock in a formation in the Appalachians, I was blown away! I even have a phyllosilicate crystalline structure tattoo!”

“Mica, specifically Muscovite, was used to make windows in the past. Large sheets of it can be mined in Russia. My wife and I love Mica so much that we named our son after it! That’s what happens when two geologists have children.”

What our geology experts say about Fluorite
“Fluorite is one of the fluorescent minerals that glows under UV light. Places like the Ben E. Clement Mineral Museum in Kentucky offer “night digs” where you actually get to go out with UV lights after dark to hunt for them. One of my goals is to have a bar or table filled with fluorescent minerals.” 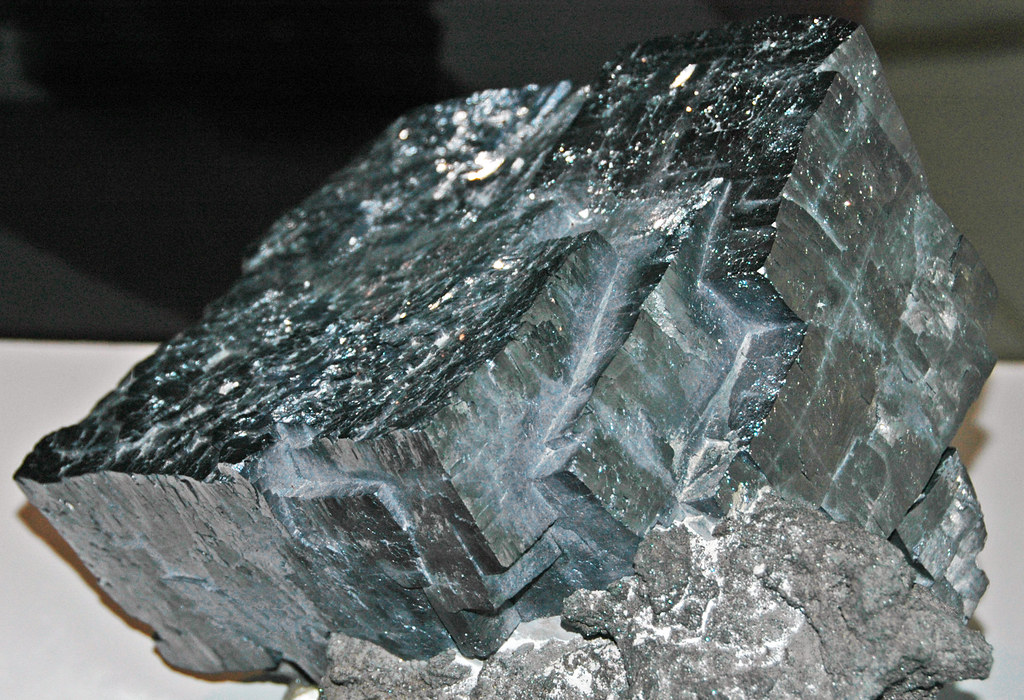 What our geology experts say about Galena
“Galena is a lead sulfide mineral with a chemical composition of PbS. It has a perfect cleavage 90 degrees, and has a distinct silver color and a bright metallic luster. It resembles the “Mother Boxes” of the Justice League movies!” 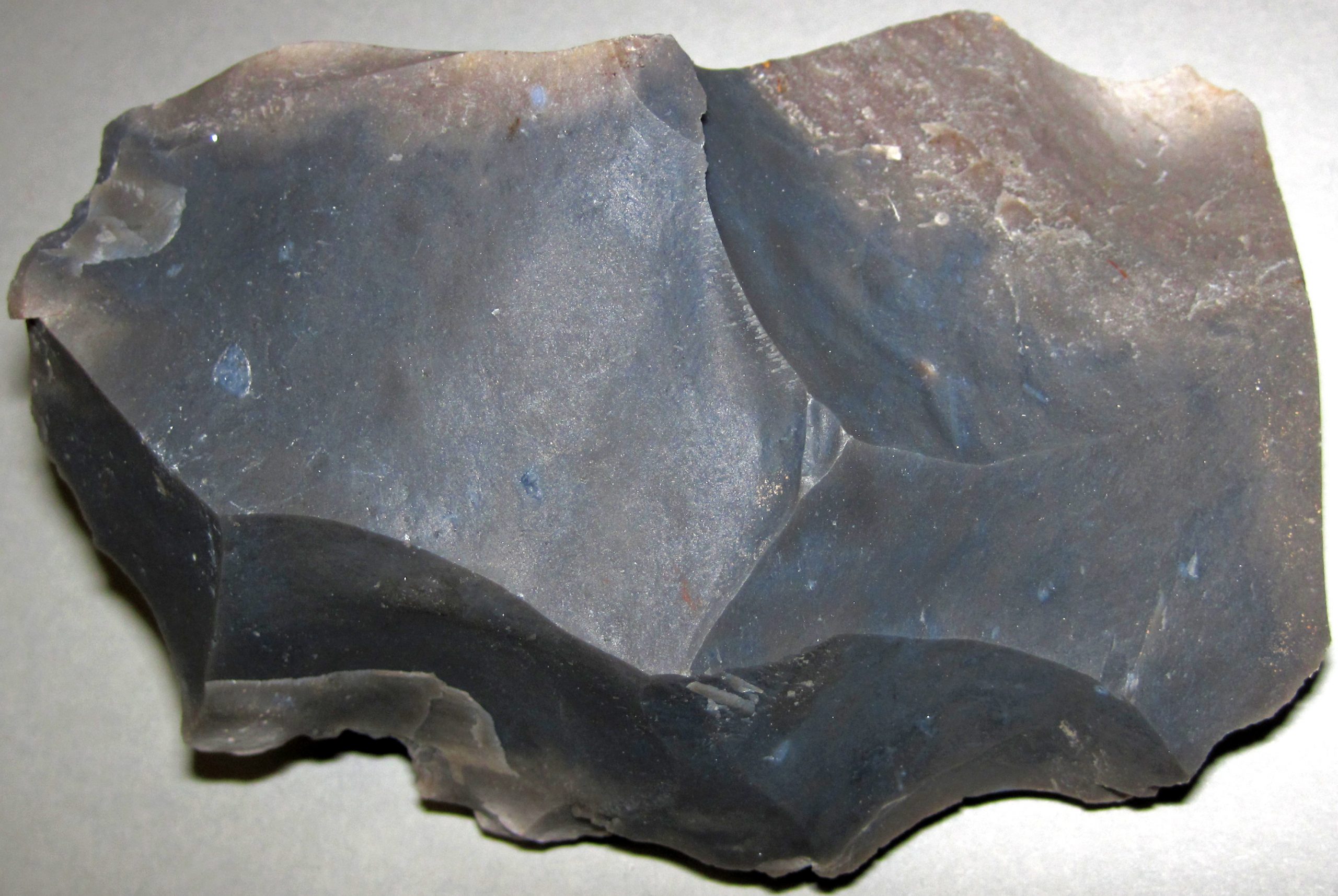 What our geology experts say about Chert
“Chert is a microcrystalline quartz (essentially). It’s really hard, and creates sparks when you hit it with a hammer. Flint is a type of chert (think flint and steel for starting fires, or flintlock pistols to create the spark to ignite gunpowder).

For Indiana University’s students who did their geology field work at the Judson Mead Geologic Field Station, there was only one formation in the entire profile that had chert in it. There were times you’d be wandering along, trying to map rocks and having no idea where you were in the stratigraphy, and then you’d see chert and you’d know exactly where you were. It was so reassuring to know 100% what you were looking at and mapping! There was a feeling of relief, and it could help solve all the other riddles posed by the outcrops you had been looking at (and it also let you know there might be rattlesnakes, as they seemed to like the same formation). Someone had written ‘chert is your friend’ on the bathroom wall, and it stuck with me to this day. It was like a friend in the field.” 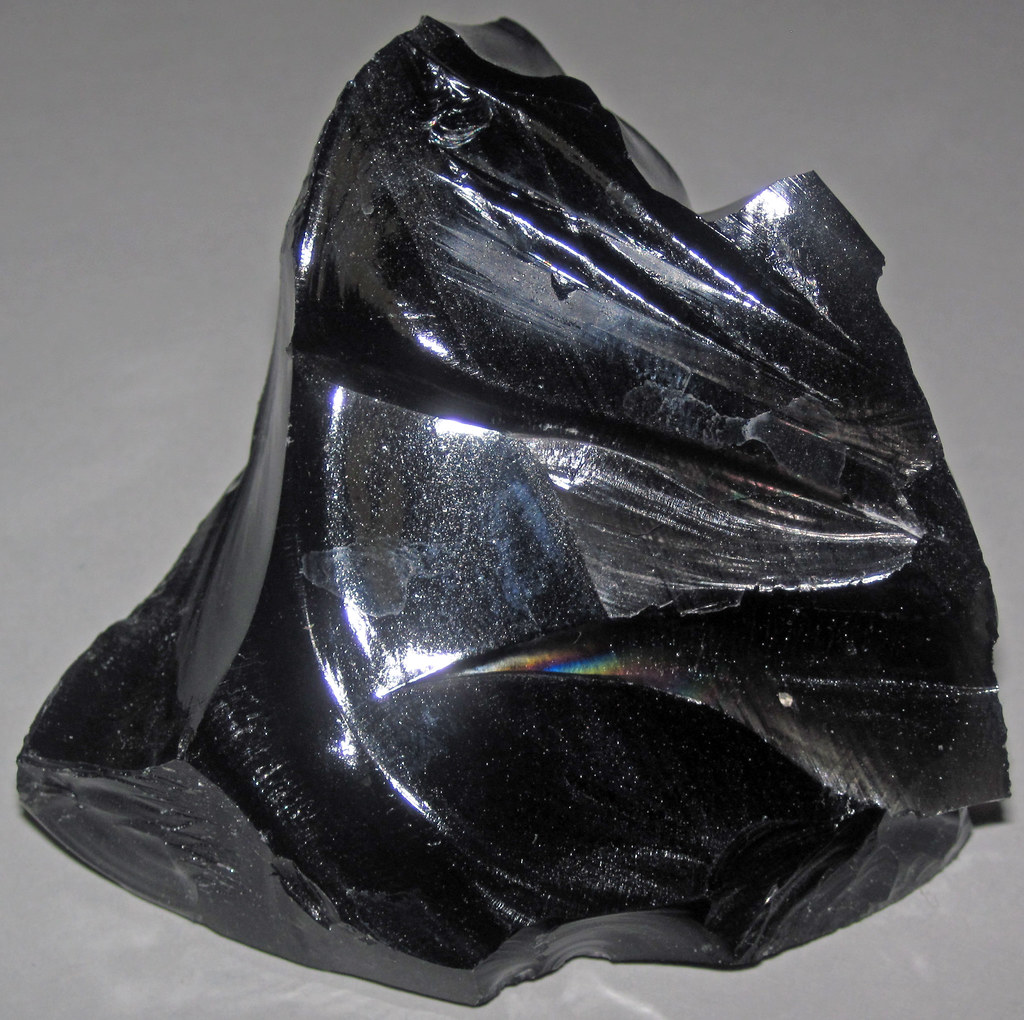 What our geology experts say about Obsidian
“Obsidian is volcanic glass. It forms when highly viscous lava rapidly cools and hardens before crystal growth can occur. It is black and glossy, forms from lava, and it’s called obsidian. What could be any cooler than that? I’ve seen it used in jewelry and decorative pieces. It can also be used to make sharp blades for knives and has been tested out for scalpel blades.” 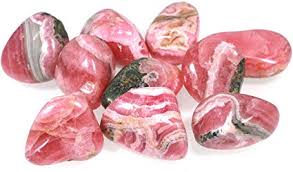 What our geology experts say about Rhodochrosite
“My favorite mineral is rhodochrosite, a manganese carbonite that is pink. I have a necklace pendant made of it. I also like it because you can pronounce it two different ways:  rho-do-CHRO-site or rho-DOC-hro-site. Pick your favorite, they’re both correct! Also, it is the state mineral of Colorado as it’s frequently found associated with silver ore deposits.” 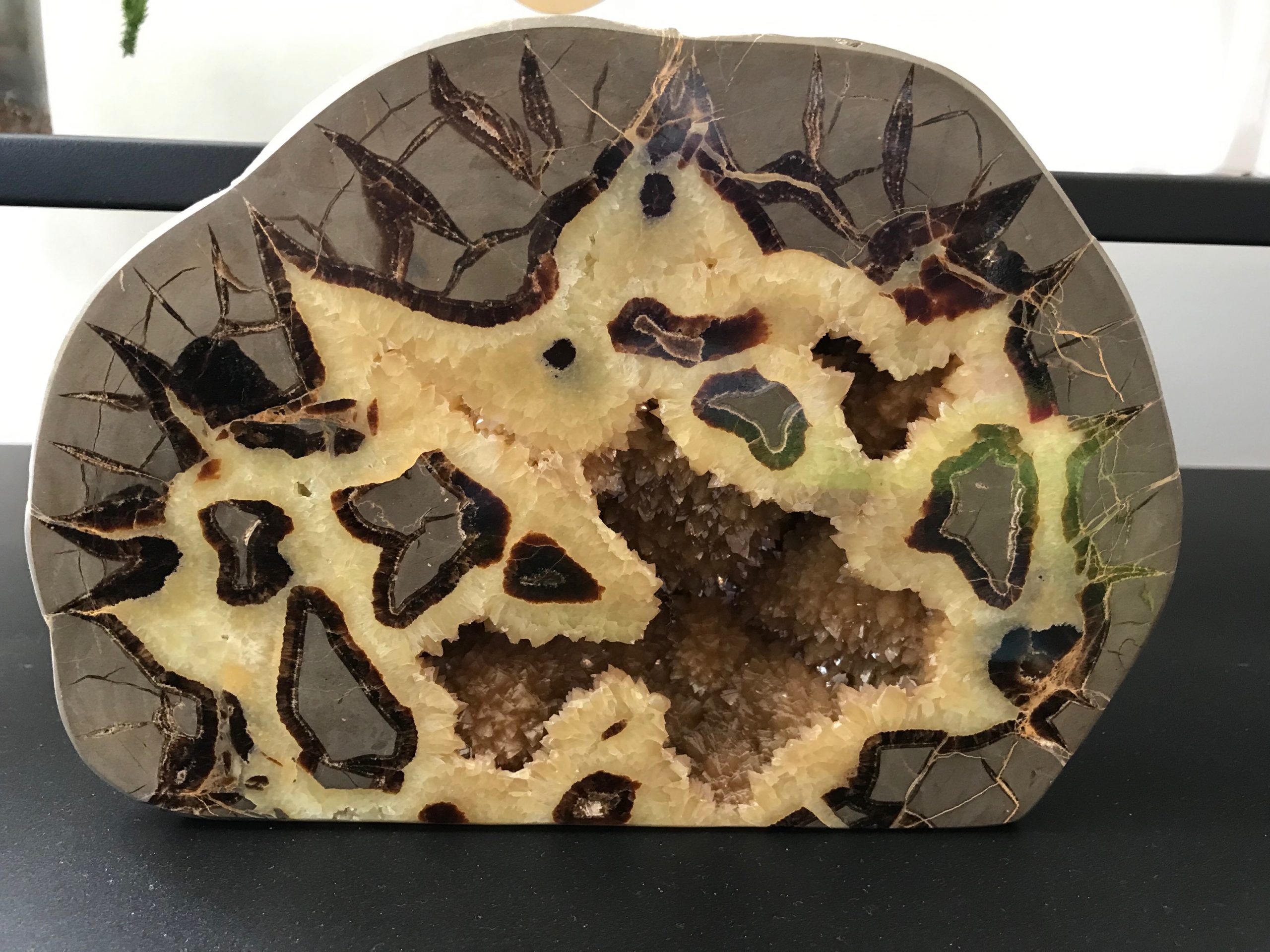 Uses
There are no current uses for it commercially, however it’s a highly sought-after collector’s item.

What our geology experts say about Septarian Nodules
“When I was a college student we went on a spring break trip to southern Utah to hunt Septarian nodules. Back in the Cretaceous period (50-70 million years ago) the Gulf of Mexico reached far inland where volcanic activity reacted with decomposing sea life and sediment forming mud balls in the ocean currents. As the ocean receded, the mud balls cracked and dried. Calcite from decomposing sea shells formed crystals within the mud balls. A thin wall of calcite was transformed into aragonite, separating the calcite (yellow center) and aragonite (brown lines) from the bentonite clay (exterior). The name latin Septarian (seven) was given as the mud balls cracked with 7 points in every direction. Such unique conditions to form a beautiful rock.”

Uses
Valuable gemstones and other jewelry

What our geology experts say about Elbaite
“One of my all-time favorite minerals is Elbaite, which is a species of the tourmaline group. Tourmaline is a cyclosilicate. It occurs as long, slender to thick prismatic and columnar crystals that are usually triangular to rounded-triangular in cross-section. Tourmaline is distinguished by its three-sided prisms; no other common mineral has three sides! Elbaite forms in igneous and metamorphic rocks, often in association is hydrothermal deposits, giving rise to fantastic chemical impurities (rich colors!). Elbaite is a beautiful gemstone; it is pleochroic and can often have a Cat’s eye effect in polished pieces.” 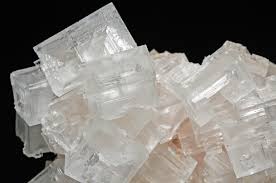 What our geology experts say about Halite
“Halite is the mineral name for the substance that everyone knows as “salt.” Its chemical name is sodium chloride, and a rock composed primarily of halite is known as “rock salt.” Salt is an essential nutrient for humans, and a popular food seasoner. Could you imagine our world without salt!? Hot sauce just wouldn’t be the same. I’m getting sad just thinking about a world without it.” 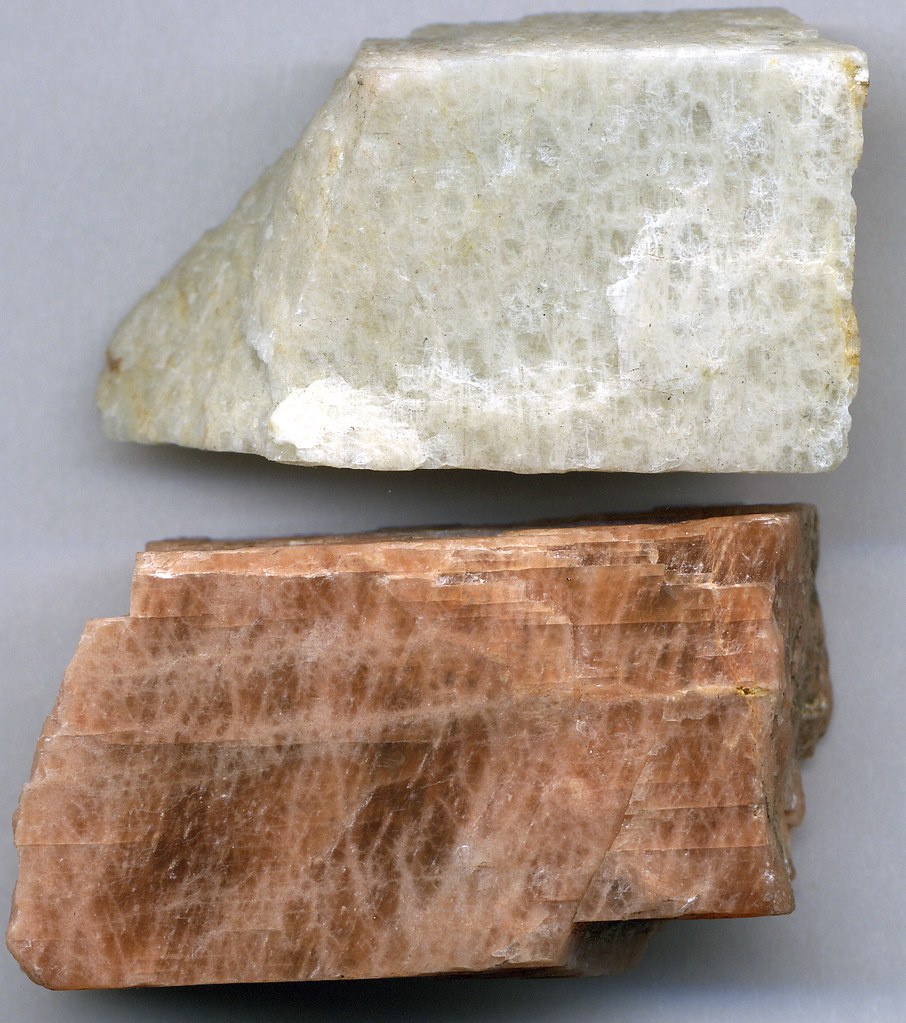 Uses
Feldspars are a group of rock-forming tectosilicate minerals that make up about 41% of the Earth’s continental crust by weight.

What our geology experts say about Feldspar
“It’s cool because it plays an important role in the makeup of magma that is the origin of the granites and foliage’s metamorphic rocks.”

Geologists play an untold and crucial role in our daily lives. Whenever a stormfront moves over a body of water, a new rover lands on Mars, an earthquake is measured, or a sinkhole is predicted, geology is being used to provide valuable information to the public.

Geologists are everywhere; building roads, protecting the environment, designing buildings, studying ancient ruins, and making recommendations to farmers on how to increase their crop yields. Geologists have a huge impact, so if you know one, make sure to thank them for their work.

Interested in joining our team of environmental geologists? Check out our career opportunities.