A RECENT POST IN THE CLEANER & LAUNDERER COMMUNITY ON FACEBOOK REALLY GOT ME THINKING. THE QUESTION WAS, IN ESSENCE, “IS DILUTION REALLY THE SOLUTION TO POLLUTION?” THIS PHRASE HAS BEEN AROUND A LONG TIME AND IT IS REPRESENTATIVE OF A COMMON MINDSET RELATED TO ADDRESSING CONTAMINATION ISSUES. FUNDAMENTALLY, THE PHRASE REFERS TO THE PRACTICE OF DILUTING A MIXTURE CONTAINING AN UNDESIRABLE MATERIAL IN ORDER TO REDUCE ITS CONCENTRATION IN THE SOLUTION. BUT IS THAT A SOLUTION? LET’S THINK THAT THROUGH TOGETHER. 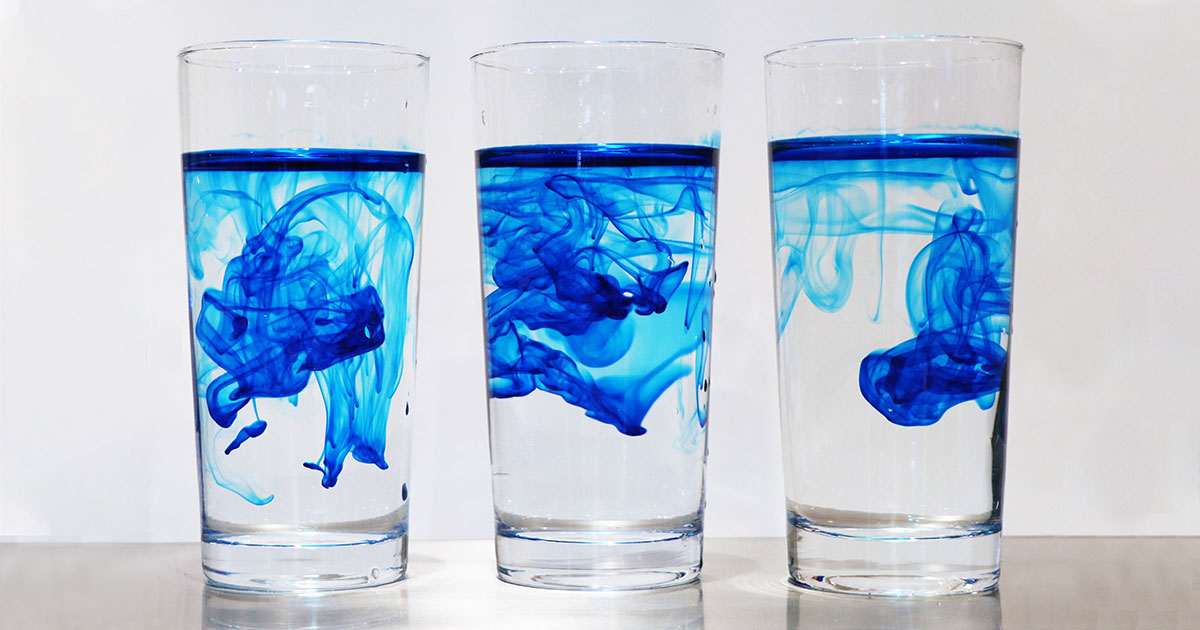 WHAT DOES “DILUTING THE CONCENTRATION” MEAN?
Most of us have implemented a form of the “Dilution Solution” at one time or another. For example, a common experience most people will be able to relate to is a popular beverage: Coffee. Some of my teammates in the office like to make coffee very strong. If one of these folks make the coffee pot in the morning, chances are good that it’s going to be too strong for my personal liking. When I pour myself a cup, I leave room in the cup to add a little more water so that I can dilute the coffee and make it more palatable for my enjoyment. Dilution is a simple and effective solution to my coffee problem. Essentially, by adding clean water to the cup, I’ve created more volume of liquid for the same amount of coffee compounds to distribute themselves. The coffee compounds are now at a lower concentration in the cup than they were in the original liquid from the pot. Dilution is fast and easy, but it’s not the only way to reduce concentration.

WHAT DOES “REDUCING THE CONCENTRATION” MEAN?
Another method that I could have used to make my coffee tastier to me would have been to remove some of the coffee compounds from the amount I first poured into the cup. Now, my scientific area of expertise does not lie within the organic chemistry of coffee compounds, but it seems logical to me that I could have poured my cup of coffee a couple of times through a clean filter and effectively remove some of the coffee particles and compounds. This would have also reduced their concentration in my cup. Same volume; less coffee. I typically choose the dilution method described above instead, however, because filtration would be a lot more labor-intensive and time-consuming. Since time is also money, the filtration method could be considered more expensive too.

These basic principles can be applied to many examples both within and outside of the world of beverage preparation. We could talk about smoke in air, the number of brown M&Ms in a bag, or even dirt in cleaning solvent; but this is The Environmental Corner, so let’s talk about Perc in groundwater.

HOW DO YOU REDUCE PERC CONCENTRATION?
The second approach to lowering the concentration, or strength in the case of coffee, is to actually remove a portion of the dissolved components from the solution. Again, turning to the example of a plume of contaminated groundwater containing Perc, this would mean the removal of tetrachloroethylene molecules. The main benefit of direct reduction of Perc within the plume, rather than implementing the dilution approach, is that the concentration can be reduced significantly, while the plume stays the same relative size. If we take our original groundwater plume containing 50 ppb of Perc, with dimensions of 50 feet long, 20 feet wide, and ten feet thick, and remove 45 ppb of the Perc, we would achieve the same resulting concentration of 5 ppb before the plume has a chance to grow to troublesome dimensions.

There are multiple ways to remove Perc from groundwater plumes. You can go and get the Perc by installing and operating a pump and treat system, whereby contaminated groundwater is pumped from within the contaminated plume and brought to the surface where they are treated. This method is simply called Pump and Treat. Although a commonly employed method decades ago, Pump and Treat has been surpassed by numerous treatment technologies that are implemented by attacking the Perc molecules within the plume itself, beneath the ground. Pump and Treat systems remove a lot of water along with a little bit of contaminant, so they aren’t a very efficient use of money.

Treatment technologies that destroy the Perc molecules where they lie within the plume have been designed to address the contaminant directly, and are therefore, more effective. This approach involves the injection of a reagent into the plume to chemically break down the contaminant or create a subsurface environment that is conducive to microbial activity, which will achieve the same result over time. From a cost standpoint, direct treatment of groundwater is a significant investment, but the money spent is more efficiently utilized over the life of the closure. For more information on these approaches, see Understanding remediation strategy: Environmental contaminant removal vs. environmental risk management from the December 2019 edition of Cleaner and Launderer.

So, back to the original question: Is dilution really the solution to pollution? Well, it depends. Pure dilution without treatment makes a small problem of greater magnitude and turns it into a larger problem of lesser magnitude. In the case of a Perc groundwater plume, dilution can get the concentrations down to below regulatory thresholds and help achieve closure. However, an expanding plume that grows to areas beyond your property line can certainly complicate the closure process and create liability issues. By directly treating the contamination to reduce the concentrations instead, closure levels can be achieved without significant expansion of the plume. In this regard, dilution is not much of a solution.

Jeff Carnahan, President
Jeff Carnahan, LPG, has 20+ years of environmental consulting and remediation experience. His technical expertise focuses on the investigation and interpretation of subsurface releases of hazardous substances for the purpose of evaluating and controlling the risk and cost implications. He has been a partner of the drycleaning industry for the past decade and is a frequent contributor to the national drycleaning publication Cleaner & Launderer. He is an industry leader in understanding that environmental risk includes not only cleanup costs, but also known and unknown third-party liability.