PERC IS ONE OF THE MORE EXPENSIVE CONTAMINANTS TO CLEAN UP. HERE’S WHY IT’S SO EXPENSIVE TO CLEAN UP AND WHAT YOU CAN DO ABOUT IT. 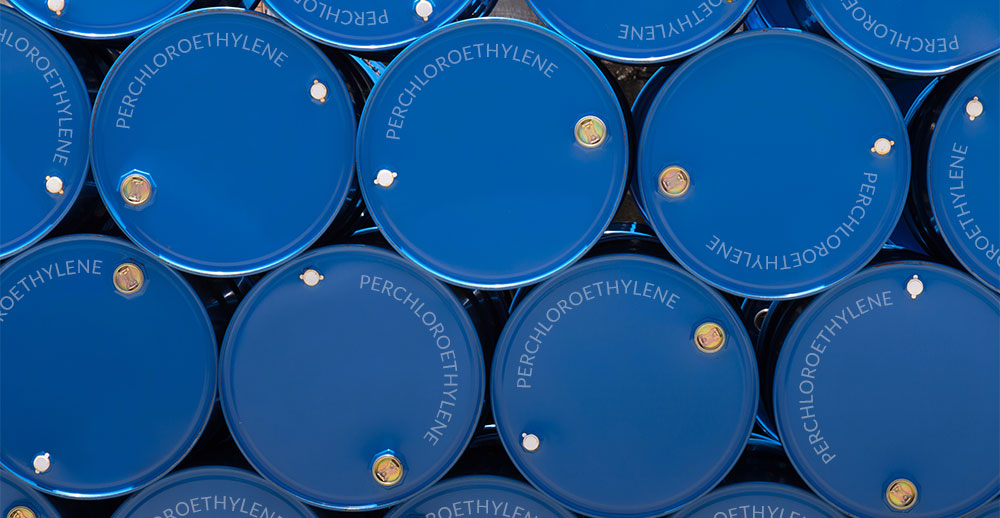 Dry cleaners are keenly aware that the use of tetrachloroethene (PCE, known as Perc) in the textiles industry has become as heavily regulated as nearly any other industrial chemical to date. In fact, environmental concerns resulting from the current or past use of Perc are practically as common as those arising from old gasoline stations. Everyone has seen the vacant, seemingly valuable, corner lot that used to house a bustling gas station yet is now sitting in ruin. These old gas stations are known to have been the cause of environmental problems, and the high cost of the cleanup is often the reason why they go dormant for so long. Unfortunately, the amount of time and money that is required to investigate and ultimately clean up dry cleaner sites that have been impacted with Perc can be several times higher than at typical gas station sites. A common gas station site falls into the $350,000 range, and we have seen average closure costs for dry cleaner sites more in the $1 million to $1.25 million range. What makes Perc so much harder and more expensive to clean up than petroleum?

This article discusses a few of the complicating factors about Perc releases that make them so unique and so darn expensive.

1. PERC IS HEAVIER THAN WATER

Part of the reason that Perc releases are so challenging to investigate and cleanup is because of its chemical properties. PCE is over 60% heavier than water under normal conditions and sinks to the bottom while the groundwater floats on top. Likewise, when a release of Perc to the ground occurs and it reaches down to the groundwater table, it will continue to sink until it hits a layer of dense material, like clay.

It will sit there and continue to dissolve for a long time, which can cause a long groundwater contamination plume. The groundwater plume may also be very deep, depending on the geological conditions in your neighborhood. Big and deep means that more off-site properties are likely to be impacted as the plume grows. If multiple clay layers exist, there may be continuing sources of groundwater impacts.

FACT: PERC IS HEAVY AND CAN TRAVEL FAST AND FAR, WHICH CREATES LARGE PLUMES IN GROUNDWATER.

Petroleum products, including gasoline, diesel fuel, Stoddard solvent, and the like, are less dense than water. In contrast to Perc releases, once a petroleum spill reaches the groundwater table it floats on top of the groundwater and migrates horizontally. As a result, most petroleum releases are fairly shallow and comparatively simple to investigate and cleanup.

2. PCE IS RESISTANT TO NATURAL BREAKDOWN

There are naturally occurring microbes, bugs, in the subsurface that breakdown many organic compounds and materials. In the shallow zones, there is usually plenty of oxygen in the soils and groundwater, and oxygen-loving bugs thrive here. Some varieties of these bugs readily use petroleum contamination as a food source, which has the result of slowly reducing the amount of petroleum contamination over time. So, recall that most gas station and petroleum pollution is present in the shallower zones of the subsurface where there are plenty of these helpful, oxygen-loving bugs that eat petroleum, and voila; you have a cheap cleanup method. In fact, a common and cost-effective remediation strategy in these situations involves simply monitoring the effects until cleanup objectives are reached, which is called Monitored Natural Attenuation (MNA).

Conversely to petroleum releases, the type of bugs responsible for the biodegradation of Perc and other chlorinated solvents thrive in an environment without the presence of much oxygen (anaerobic conditions). The most common biological process that naturally occurring bugs use for breaking down Perc is called reductive dechlorination. In this process, the bugs cause hydrogen atoms present in the groundwater (H2O) to be substituted for chlorine (Cl) atoms in the Perc molecule.

So, cleanup of Perc spills can be performed taking advantage of these naturally occurring bugs, but they aren’t really found in very common places. The conditions present in the subsurface need to be studied carefully and a remediation plan needs to be devised that takes advantage of this complicated, naturally occurring process to help achieve cleanup objectives where spills of Perc have occurred. Many times, naturally occurring conditions in the groundwater must be enhanced to take away the oxygen and we may even need to inject more of the right kind of bugs to speed up the reductive dechlorination process.

FACT: THE PERC DECHLORINATION PROCESSES ADDS SIGNIFICANT COST AND TIME TO REMEDIATION PROJECTS, AS COMPARED TO THE SIMPLE MONITORED NATURAL ATTENUATION OF A PETROLEUM PLUME.

3. PCE VAPORS ARE PERSISTENT AND MOBILE

Not only is Perc resistant to natural degradation, it also can remain in the soil as a vapor for a long period of time without breaking down. As all dry cleaners know, the volatile nature of Perc means that it will evaporate from a liquid to a vapor easily, which is one of the characteristics that make it such a good cleaning solvent. However, once PCE is released to the subsurface it also volatilizes as it disperses through the soil. If the vapors reached an occupied structure, like a house, and migrate into the indoor living space, vapor intrusion (VI) has occurred.

VI concerns are at the top of most regulator’s list of concerns since Perc is considered a probable carcinogen. Just like we discussed above, the special kind of bugs needed to break down Perc don’t like oxygen, and the soil where the Perc vapors are is full of oxygen. Perc vapors don’t breakdown, and they can cause VI concerns for a long time. Since PCE vapors do not readily breakdown, they have been known to travel great distances  even from minor solvent spills. Many dry cleaners are located close to their customers in highly populated areas, and as a result the risk of VI occurring from a subsurface release is compounded.

FACT: THE VI EXPOSURE PATHWAY IS AN EXTREMELY COMPLICATED PROCESS, WHICH REQUIRES A SOPHISTICATED AND KNOWLEDGEABLE ENVIRONMENTAL PROFESSIONAL TO ADEQUATELY INVESTIGATE AND ADDRESS THE PATHWAY. BECAUSE OF THIS, COSTLY VI INVESTIGATIONS AND MITIGATION SYSTEMS COME WITH NEARLY EVERY DRY CLEANER SITE WHERE A RELEASE OF PERC HAS OCCURRED.

On the flip-side, VI issues occasionally happen with gas station sites, but it’s not all that common. The petroleum hydrocarbon compound Benzene is a major component of gasoline spills. It is also very volatile and is a known carcinogen, like Perc. The difference is that benzene vapors have been shown to naturally degrade in soils. As a result, the occurrence of VI concerns resulting from releases of petroleum products is limited, and the associated costs are not necessary at gas station sites as often as at dry cleaner sites.

These are only a few of the reasons that releases of PCE from neighborhood dry cleaners are commonly so much more expensive to address than those from the typical corner gas station.

WHAT YOU NEED TO KNOW

It’s crucial that owners and operators of dry cleaning operations that have historically used or presently use Perc be aware of all potential funding sources available to them, such as:

In those states that have dry cleaner remediation trust funds available for cleaning up dry cleaner sites, they are commonly stretched thin due to lack of funding, if eligibility is still available.

Historical insurance policies have proven to be the most powerful funding sources for dry cleaners across the country. Dry cleaner sites contaminated with Perc are complicated, expensive, and risky. Your best plan of action is to actually have a plan of action.

As seen as Cleaner & Launderer 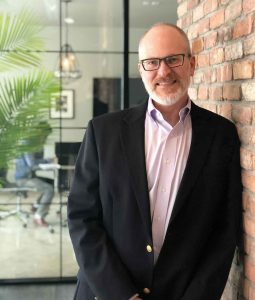 Jeff Carnahan, LPG, has 20+ years of environmental consulting and remediation experience. His technical expertise focuses on the investigation and interpretation of subsurface releases of hazardous substances for the purpose of evaluating and controlling the risk and cost implications. He has focused on being a partner with the dry cleaning industry for the past decade, and he’s a frequent contributor to the national dry cleaning publication Cleaner & Launderer. He is an industry leader in understanding that environmental risk includes not only cleanup costs, but also known and unknown third-party liability.