A major development in the Environmental Consulting industry. The United State Environmental Protection Agency has published a final rule which effectively adds a vapor intrusion component to CERCLA’sHazard Ranking System (HRS) for Superfund sites. This move finalizes the draft rule from earlier this year, after the incorporation of some public comments. This final rule paves that way for EPA involvement at sites with no known responsible party to address immediate vapor intrusion exposure concerns. Given the fact that vapor intrusion has not previously been considered during the Superfund ranking system, it is likely that a higher percentage of new sites being added to the program will have a vapor intrusion component.

Our Executive Vice President, Jeff Carnahan, LPG spoke with Bloomberg BNA earlier this year, and thinks this will create a need for new advancements in vapor intrusion research and remediation.

“This [regulatory development] is not likely to be the last one. With each additional incremental step in the regulation and highlighting of the exposure pathway, you’re going to see more and more developments in the science and technology, 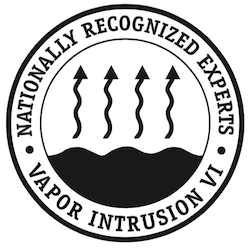 EnviroForensics Vapor Intrusion experts will continue to monitor this development as the new presidential administration and EPA commissioner take office early next year.