More often than not, environmental contamination and historical operations of a dry cleaning business go hand in hand. While this may sound unfair, one could say the same thing about the historical operations of a gas station, a metal plater, and even a computer microchip manufacturer. This was particularly true for activities in the 1970’s and 1980’s. Industries that used chemicals for cleaning and degreasing were not aware that when those chemicals spilled, even accidentally and in small quantities, they could (and often) have led to soil and groundwater contamination.

Why are degreasing chemicals harmful?

Degreasing chemicals fall under a general organic chemistry category called chlorinated hydrocarbons or chlorinated solvents. These chemicals are characterized as being heavier than water (meaning they sink into the groundwater), persistent in the environment (meaning they don’t decompose very fast), volatile (meaning they prefer being in the gas phase over the liquid phase) and carcinogenic (meaning they have been determined to either cause cancer or may likely cause cancer at certain exposure levels). No matter which side of the argument you stand on, whether cleaning solvents cause cancer or not, one thing everyone should agree on is that investigating and remediating chlorinated solvent sites with Perchloroethylene (PERC) or Trichloroethylene (TCE) is very expensive.

Who’s responsible for the clean up?

With respect to responsibility, any person or company that owned or operated a business where chlorinated solvents were used should know that with very few exceptions, they are legally liable for contamination associated with that business and operation. Worse yet, the law states that an individual or the business is held jointly and severally responsible. Finally, like taxes, environmental liability is considered a long-tail liability in that it never goes away.
On the face of it, what I’ve presented seems so unfair. After all, chlorinated solvents were considered to be safe and state of the art since they were not explosive or flammable like petroleum based products (e.g. kerosene or Stoddard solvent). People were handling the solvents in accordance with the laws of the time some 50 years ago and now they are considered an environmental risk subject to legal enforcement. Businesses that operated with good housekeeping practices and followed the rules are subject to be in the same category as a business that showed blatant disregard for the laws or the environment and operated a business with intentional pollution. In addition, a business that operated only for one year is just as liable for the environmental contamination as a business that operated for 20 years. Who makes this stuff up? It most certainly is not fair. Enough of the doom and gloom though.

After ~1985, most insurance companies added very specific language to CGL policies that contained absolute pollution exclusion. In other words, they were not covering individuals and businesses for pollution or contamination associated with dry cleaning operations. A separate environmental policy would be required to cover environmental pollution and contamination. Better yet, the courts in some states have ruled that the term “pollution” and therefore “pollution exclusion” is an ambiguous term due to the way insurance policies were written, even after the nationwide changes that took place in ~1985.

Let’s say you found old insurance. Now what? Insurance is designed to defend and indemnify a policyholder against a claim. The claim is the demand from the regulatory agency or third party requiring action to mitigate the damage or harm. In some states, a claim or suit could be a letter from the regulatory agency or a neighboring property owner demanding a response to identified environmental contamination. In other states, the courts have determined that the insurers must only defend an actual lawsuit.

In pulling this concept together, a defense would include paying for lawyers dealing with the environmental contamination. A defense would also include quantifying an individual or business’s environmental exposure and liability. The only way to quantify environmental liability is to collect environmental samples (e.g. soil, soil gas, indoor vapor, and groundwater). It would also mean determining how expensive a cleanup would be, which means that aquifer tests, feasibility studies, and remediation technology evaluations, should be covered.

Obviously, the process of using old insurance policies has many parts and can include an insurance archeology component, a legal component, and a technical component. All three parts have to work together to get the business back in good standing. Understanding all aspects of the process is not your job, that’s why you hire experts like EnviroForensics® and PolicyFind™ to take care of the process for you.

If you’re facing an environmental liability of hundreds of thousands of dollars, you should look into historical insurance policies and see how they could work for you and your situation. We have worked with hundreds of business owners who have used historical insurance to help pay for environmental investigations and remediation. Depending on the set of facts, known environmental insurance claims can be sold and assigned to other third parties to manage and run. Small businesses, including their stock, insurance assets and liabilities can be bought and sold. There are numerous permutations to the business side of managing environmental claims and a whole new industry is in front of us. It might be encouraging to know that there are companies out there still fighting the good fight.

Contact us today by filling out our Dry Cleaner Form 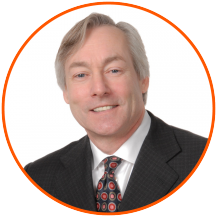 With over 30 years of experience, Steve Henshaw, PG has a wide range of experience in the environmental remediation field. As CEO of EnviroForensics, Henshaw serves as a client and technical manager on projects associated with site characterization, remedial design, remedial implementation and operation, litigation support and insurance coverage matters. These projects have included landfills, solvent and petroleum refineries, metal plating shops, food processors, chemical manufacturers and distributors, heavy equipment manufacturers, and transporters. Henshaw’s expertise includes knowledge of industry practices and procedures, and an extensive understanding of contaminants in soil and groundwater. He has also served as a testifying expert on behalf of individual landowners and facility operators at several Brownfields sites impacted by industrial activities.

Henshaw is passionate about access to clean water in developing countries and co-found a 501(c)(3) nonprofit called Water For Empowerment in 2015. The organization’s current project empowers women and girls in rural Nicaragua to create healthy futures through clean water initiatives.