When you hear the word “Forensics”, often times it conjures up images of television detectives. You imagine a hard-boiled cop working on his second cup of coffee, lifting up the caution tape on the police perimeter, so he can walk onto the crime scene and begin to reconstruct what happened. He collects clues like patches of fabric, hair and blood samples. Talks with witnesses and potential suspects; interrogating the shifty ex-con whose fingerprints are all over the crime and whose past won’t afford him the benefit of the doubt. It all invariably leads to the climactic finish with the unlikely perpetrator being caught in the final ten minutes of a neatly wrapped 60-minute serial. Environmental Forensics is kind of like Hollywood forensics – we reconstruct the past to answer questions like “who done it?”, and its application can assist in a multitude of ways when dealing with an environmental liability. 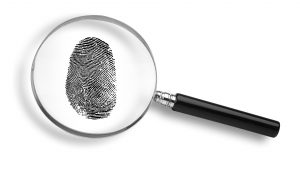 Environmental forensic investigations differ from traditional environmental investigations in that the objective is not to identify human health exposure pathways or answer remedial feasibility and design questions, but rather to answer specific questions about historical contaminant release scenarios.  The leading question is typically, “who is responsible?”  To answer this question, it is often instructive to determine where and/or when the release occurred.  Other potentially useful information may include contaminant type and indicator parameters detected with the contamination.  The need for a forensic investigation often comes about through environmental litigation proceedings, but forensic evidence can also be used to support insurance claims, out-of-court settlement proceedings, or other questions that may be aided by understanding the contaminant release and migration history at a site.  We have many tools to use for this purpose, including Fate and Transport Modeling (most common), Compound Specific Isotope Analysis, Principal Components Analysis, and Chemical Ratio Analysis, to name a few.

Just like our Hollywood example, forensic evidence in an environmental case also plays a huge role in the legal side of things.  We deal with the question of “who-done-it” a lot.  After all, figuring out who’s responsible/liable is what sets this whole thing into motion in the first place.  Often times, there are multiple, overlapping plumes with more than one potentially responsible party.  Forensic evidence can help us determine who is at fault, if there are any other responsible parties, and if a suit or claim is defensible.

It may not be as dramatic or as glamorous as the criminal forensics you see on TV, but environmental forensics is still a very important and useful practice.  The tools involved allow us to determine the nature of a release of a chemical contaminant, the timing of release, and perhaps most importantly, the source of release.  These facts not only help us better understand the site and recommended courses of action, but also aid in cost allocation, identify responsible parties, and support litigation proceedings.