Forbes has ranked Indianapolis eighth on its 2015 list of Best Places for Business and Careers. Charlotte, North Carolina and Dallas, Texas are among the cities Indianapolis outranked. Furthermore, the State of Indiana was ranked eighth on the Forbes 2015 Best States for Business list.  Forbes credited this ranking partly to Indiana’s top ranking in the regulatory category of the Mercatus Center’s “Freedom in the 50 States.” Forbes also named Indiana sixth in quality of life.

EnviroForensics is proud to have its headquarters located in a business-friendly city like Indianapolis. We have been located in Indianapolis since 2001 and headquartered here since 2005, and we have experienced continued growth ever since. We’ve grown so much, in fact, that we have outgrown our current building.

To accommodate continued growth, we are constructing a new, larger headquarters in downtown Indianapolis. We are renovating 23,000 square feet of space for the new building, which will be located at 825 N. Capitol. Its anticipated completion date is April, 2016.

For the past month, we have been posting weekly updates of construction on our EnviroForensics Facebook page. We will continue to do so until the building is complete, so follow us on Facebook to watch the progress!

Below is a picture of the building’s current state, as well as what it will look like when finished. 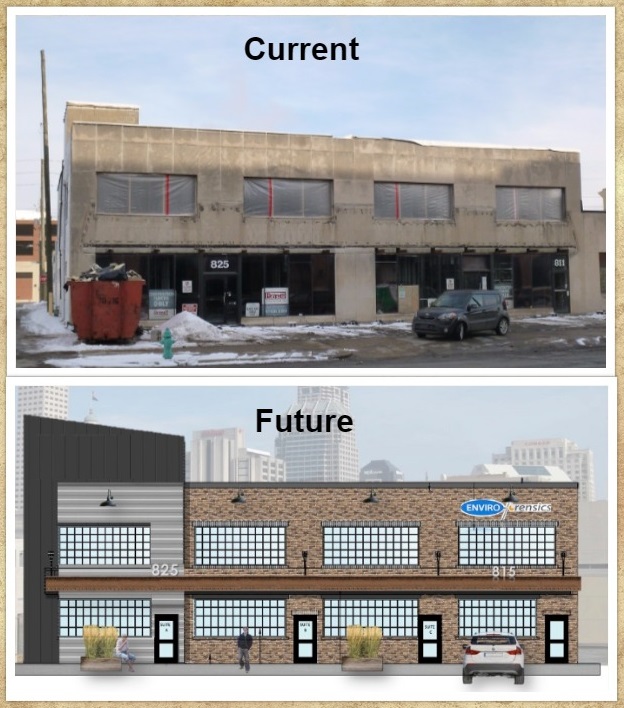