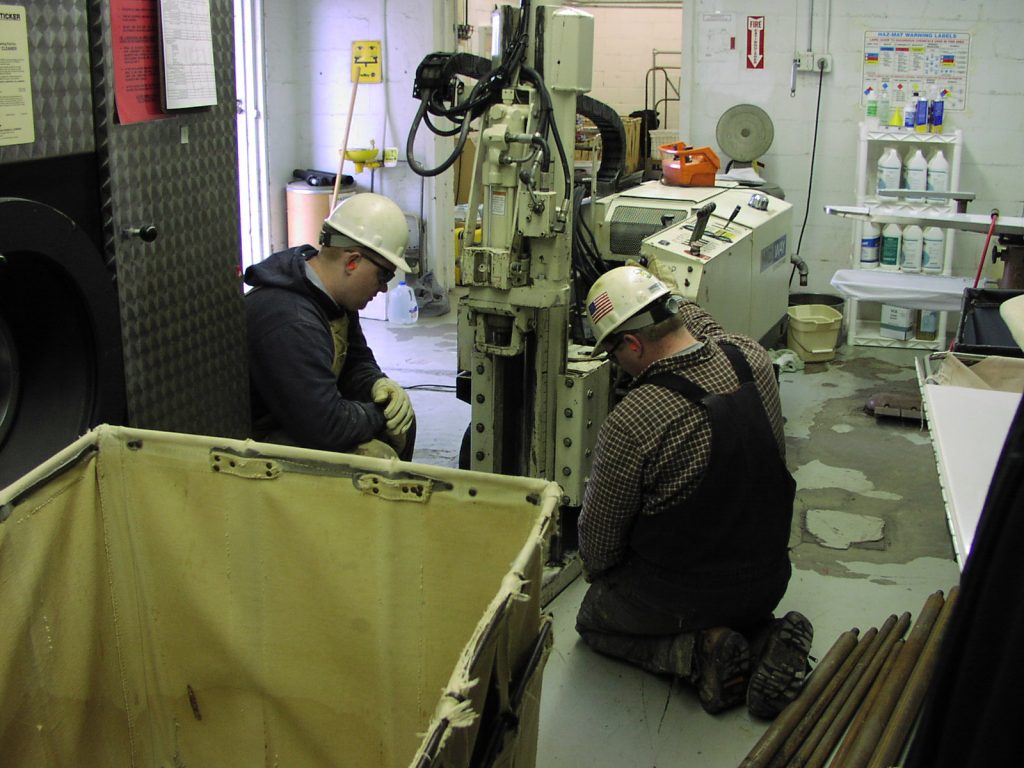 EnviroForensics is excited to report yet another Enhanced Reductive Dechlorination (ERD) success story. Our staff has been employing this technique for more than a decade at sites across the state and the Midwest, and it has, once again, delivered the desired effect to an impacted drycleaning property in Lafayette, Indiana.

Contamination consisting of the chlorinated solvent, PCE, was discovered in the subsurface at the Vogue Cleaners property, in an interbedded sand and clay formation. Per the Remedial Work Plan approved by the Indiana Department of Environmental Management (IDEM), we conducted an excavation on the side of the building, digging as deep as 21-feet below ground level to remove impacted soil.

In order to address groundwater impacts, we used an ERD application augmented with zero-valent iron (ZVI – an in-situ chemical reduction [ISCR] agent) to address those problem areas.  Naturally occurring bacteria called dehalococcoides (DHC) were present in the groundwater onsite and in the area of the property. As we’ve explained in past blogs, these microorganisms naturally break down chlorinated solvents by cleaving off chlorine molecules and replacing them with hydrogen particles. In order to maximize the use of these microorganisms, we injected a substrate called Lecithin mixed with ZVI ®, developed by Peroxychem, as the carbon source. Additionally, a substrate called Provect IR (produced by Provectus), which also had ZVI as an ISCR agent, was used in a different part of the site because it was determined to be more effective for the subsurface conditions found in that area.

The addition of the substrates immediately began the reduction of the PCE concentrations followed by sustained contaminant destruction over time.  The first round of ERD injections proved to be very successful. PCE concentrations, which in some spots were as high as 4,000 micrograms per liter, were knocked down to less than laboratory detection limits. These results show the typical success of ERD technologies when implemented by experienced professionals.  The remediation at the site has progressed quickly and effectively, and closure procedures are now being discussed with IDEM.  With this effective and efficient remediation we anticipate our client will receive a “covenant not to sue” from the State of Indiana shortly after site closure.