The success of Enviroforensics’ cleanup of a busy Wisconsin dry cleaning site may be summed up in one word: teamwork. In this case, a three-pronged project involving Klinke Cleaners — a familiar business in southern Wisconsin — the Wisconsin Department of Natural Resources, and Enviroforensics, Inc.

Enviroforensics’ team of environmental experts cleaned decades-old pollution from under Klinke Drycleaners on University Avenue near the University of Wisconsin campus in Madison. For several weeks, workers drilled for soil samples, captured vapor samples (including from two area homes) and installed a vapor mitigation system under the building. All this was done without disrupting Klinke workers and customers and those of other nearby businesses.

The pollution is no longer a danger to the environment, and it will not return thanks to continued monitoring and Klinke’s conversion to modern drycleaning solvents. Remediating the site is a triumph of forward-thinking technology developed over the years by Enviroforensics.

The project started when the Wisconsin Department of Natural Resources cited Klinke Cleaners, asking the company to examine the ground beneath its University Avenue store in Madison.

As a leading small business owner, Rich Klinke keeps abreast of his company’s 21 stores and their impact on its communities. He also monitors the changing state and federal regulations affecting drycleaners. He is a board member of the Wisconsin Fabricare Institute (and president in 2007-2008) and is a former president and board member of the Wisconsin DNR Drycleaners Environmental Response Fund (DERF). Klinke was ready when the WDNR made its request. He called Enviroforensics to find and root out the pollution.

Registered geologists Wayne Fassbender and Brian Kappen of Enviroforensics’ Waukesha office headed the Enviroforensics team. Fassbender points out that residue of old drycleaning solvents — such as PERC (Perchloroethylene) — is a known pollutant. Many drycleaners — including Klinke — are switching to more environmentally-friendly solvents, including DF-2000. The willingness and resources to remove old pollutants varies from company to company.

“Rich Klinke was ready and willing to tackle the problem,” says Fassbender. “The challenge was to remove the threat of vapor intrusion into the dry cleaners and, in one case, an adjoining coffee shop/cafe, and also remove the threat to groundwater.”

Enviroforensics enlisted help from an expert mitigation contractor, Vapor Protection Services (VPS) to address the vapor intrusion concerns. A sub-slab depressurization system (SSDS) was installed to mitigate sub-slab vapor concentrations and protect the building’s occupants from exposure to indoor air contaminants via vapor intrusion. Fassbender says the system includes a “slotted piping below the slab — in a gravel bed — to collect vapor. The vapor is pulled up above the roof line (by a fan) and vented out. A monitoring device is installed; the slab is under negative pressure to collect vapor in the below-slab system.”

The WDNR approved Klinke Cleaners for a DERF grant to begin the work. It issued a site closure for the University Avenue location in September of 2014. “Site closure” is a regulatory term indicating that no further environmental remediation is needed. The only condition to closure is to maintain and operate the SSDS until such time as the risk of vapor intrusion is no longer present. 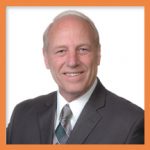 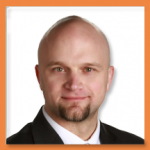 The headquarters building of Klinke Cleaners is located at the site of the Klinke family’s first business — Klinke Hatcheries — that Maurice and Trudy Klinke opened in the 1930s. The Klinkes pioneered coin-op laundries and self-serve drycleaners in the 1950s and 60’s, and opened their first full-service drycleaners in Madison in 1969. Now, the third generation of the Klinke family operates 21 drycleaning locations in greater Madison and Milwaukee.

Enviroforensics investigates and cleans soil, groundwater pollution and assesses and removes harmful vapors that may intrude into commercial workspaces. Its affiliate company, PolicyFind, Inc., locates old insurance policies that may help business owners pay for extensive pollution abatement and control. Enviroforensics is based in Indianapolis and handles projects in Wisconsin through the company’s Waukesha office.