While “release” is a common word used frequently in the English language, it has a varied and convoluted definition when it comes to the Comprehensive Environmental Response Compensation and Liability Act (“CERCLA”), which governs liability for cleaning up hazardous waste. 42 U.S.C. Section 9601 (22) defines “release” as “any spilling, leaking, pumping, pouring, emitting, emptying, discharging, injecting, escaping, leaching, dumping, or disposing into the environment.” Historically, the term “release” has only dealt with liquids and solids being dumped on land or getting into rivers and streams, but Pakootas v. Teck Cominco Metals, Ltd., currently pending in the U.S. Court of Appeals for the 9th Circuit, could give rise to air emissions being included as a source of CERCLA liability.

The Ninth Circuit previously held in Center for Community Action and Environmental Justice et al. v. BNSF Railways; Union Pacific Railroad Company 764 F3d 1019 (2014) that particulate emissions from diesel engines did not constitute a release under the Resource Conservation and Recovery Act (“RCRA”) as the RCRA definition of “disposal” does not include the word “emitting.” While CERCLA’s definition of “release” includes emissions, it takes its definition of “disposal” directly from RCRA – a fact that Teck is arguing is pivotal in determining whether the hazardous particulate matter it emitted, which later fell to the ground, gave rise to CERCLA liability.

However, the plaintiff/appellees and the federal government argue that regardless of the absence of the word “emitting” in RCRA’s definition of disposal, the emission of hazardous waste into the air where it later settles and impacts human health and the environment is a type of disposal and to rule otherwise “would negate disposal in countless cases [and] put polluters beyond [Superfund’s] reach.”

Although the Ninth Circuit ruled against defining particulate matter from diesel exhaust as a matter of RCRA disposal, there are several routes it could take to distinguish Pakootas from Center for Community Action, not least of all the exclusion of petroleum as a hazardous waste under RCRA as a distinguishing factor between hazardous particulates that are leaving Teck’s facility and those leaving diesel engines – if RCRA can separate petroleum out from other hazardous materials, it is hard to see how the Ninth Circuit could not do the same in interpreting CERCLA.

In the event that the Ninth Circuit does find for Pakootus, industry could find itself facing increased scrutiny and liability for emissions, as well as a greater need to file Part A RCRA notices regarding characteristic hazardous waste air emissions. 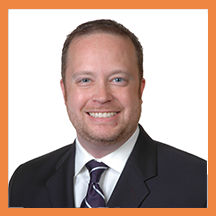 Justin Gifford is a licensed Attorney and permitting expert with additional experience in the technical side of EnviroForensics.  Mr. Gifford functions as EnviroForensics’ chief legal officer and has expertise in corporate contracts and structure, labor and employment, land use and permitting as well as practical experience in permitting with federal, state and local agencies. He is well versed in researching, locating and interpreting regulatory requirements and bringing those to bear in assisting EnviroForensics and its subsidiaries in complying with those rules whether through permitting activity or compliance auditing.  Mr. Gifford additionally works with exterior clients on a consulting basis to achieve regulatory compliance and be aware of upcoming regulatory changes, including those found under RCRA, CERCLA, TSCA, the CWA and the CAA.

As a scientist, Mr. Gifford has conducted remediation projects ranging in size from retail gas stations and dry cleaners to large-scale municipal properties and industrial sites and has experience working within voluntary and enforcement cleanup programs operated by various State agencies and the U.S. EPA. Mr. Gifford is responsible for obtaining site access from properties adjacent to client properties and attaining permission to operate in municipal rights of way and has experience in collecting and interpreting soil, groundwater and gas data.