A December 2014 press release by the U.S. EPA announced 22 previously cleaned Superfund sites that will soon be undergoing a five-year review process.  These sites are among the first that could see significant additional work required due to recent developments in the vapor intrusion field of study.  Five-year reviews are required by law at Superfund sites, and are intended to ensure that previously performed cleanup activities continue to protect public health and the environment when hazardous substances are left in place.  The review process includes an evaluation of the ongoing efficiency of engineered controls, such as landfill caps and vapor intrusion mitigation systems, and the continued effectiveness of institutional controls, such as land-use restrictions, which may have been emplaced as part of the environmental remedy.  Existing site conditions are also reconsidered in light of any advances in contaminant fate and transport science, toxicology or public health epidemiology that could impact the conclusions of exposure risk assessments conducted earlier.

Key scientific toxicological and regulatory developments in the fields of vapor intrusion could have a significant impact on the announced group of sites, and all future sites to undergo the five-year review process.  The EPA has recognized that at sites where exposure assessments were performed and remedial decisions were made over five years ago, the potential for vapor intrusion to be occurring may not have been addressed.  In the Office of Solid Waste and Emergency Response (OSWER) Directive 9200.2-84, Assessing Protectiveness at Sites for Vapor Intrusion Supplement to the “Comprehensive Five-Year Review Guidance,” it is stated that, “It is possible that the vapor intrusion pathway was not considered at the time site-related decision documents were issued or that new site information (discovered since the decision documents were issued) suggests that vapor intrusion is now a potential pathway of concern at a site.”  The document also states that if the vapor intrusion exposure pathway was not evaluated, or adequately evaluated, during remedial planning, “…the five-year review document can make recommendations for gathering appropriate data relevant to vapor intrusion.”

Conservative and controversial new toxicological information accepted by the EPA could vastly affect the results of five-year reviews at Superfund sites where the hazardous substances trichloroethene (TCE) remains in the subsurface.  In a July 9, 2014 a technical memorandum was issued by Region 9 of the EPA which stated, “Addressing vapor intrusion at our Superfund sites is one of the top priorities for the Superfund Division.”  For identified inhalation exposure to TCE, the memorandum states that the exposure must be immediately halted if breathing air contains the compound at concentrations as low as 2 micrograms per cubic meter (µg/m3).  Accelerated response actions are expected when concentrations are identified at 6 µg/m3 or above.  These expectations have been implemented in Region 9, and have been widely adopted by Superfund personnel in other EPA Regions.

Future five-year reviews performed at Superfund sites could result in requirements to open an entirely new phase of investigation related to vapor intrusion.  If any unacceptable vapor intrusion risks are identified as a result, then additional cleanup activities are also likely.  Those who are legally and financially responsible for the site may find themselves in the midst of a high-profile public health concern if it is found that the inhalation of TCE is occurring.  While it’s not probable that Superfund sites will be reassessed in advance of their five-year review schedule, it may be prudent for responsible parties to have their vapor intrusion experts look at the situation now. 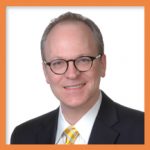 Jeffrey Carnahan is a Vice President and the Director of Technical Services at EnviroForensics, Mr. Carnahan holds a M.S. in Geology and is a Licensed Professional Geologist (LPG) with 17 years of environmental consulting and remediation experience.  Mr. Carnahan’s expertise has focused on the investigation and interpretation of subsurface releases of hazardous substances for the purpose of evaluating and controlling the risk and cost implications to his clients.  While managing sites ranging in size from retail dry cleaners to large manufacturing facilities, Mr. Carnahan has amassed extensive experience working with releases of chlorinated solvents within voluntary and enforcement cleanup programs for various State agencies and the U.S. EPA.  In his role as Director of Technical Services, Mr. Carnahan leads, supports and encourages the entire EnviroForensics team of experts as they guide their clients through the process of turning environmental liabilities to assets.

EnviroForensics® is an environmental engineering firm specializing in soil and groundwater investigation and remediation and vapor intrusion assessment and mitigation. EnviroForensics has all of the tools available to us to perform the highest caliber science in the market today, which allows designing and implementing creative, innovative and effective solutions to PCE and TCE contamination. EnviroForensics® has pioneered and perfected the utilization of Comprehensive General Liability insurance policies as a resource to pay for the high costs associated with soil and groundwater investigations, remediations, and legal defense.