It’s a movement that is growing, both literally and figuratively. During the month of November, nine EnviroForensics employees will be wearing a look that’s not very easy to pull off: the moustache! The crumb catchers are out in full force to spread awareness and raise money for a very important, and often overlooked cause, men’s health.

“Guys are incredibly stubborn, especially when it comes to their health.” Project Manager, Casey McFall says. “Because of that stubbornness, they don’t want to go to the doctor and get the necessary screenings that could potentially save their life.”

McFall is the EnviroForensics Movember team captain. This is his 7th year taking part in the program.

“In the beginning, I thought it was cool because guys were growing moustaches to raise money for a cause. It was something different. Then I discovered what it was really about.”

According to Movember’s website, prostate cancer rates are on track to double in the next 15 years, and testicular cancer rates have already doubled in the last 50.

Suicide prevention is the other issue the Movember movement advocates. Three quarters of all suicides are men, with around half a million dying each year.

“Too often people with depression are just told to cheer up or they believe they are weak for obtaining help. We want them to know that it’s okay to get help. America as a whole doesn’t value mental health the same way as other illnesses or physical ailments and we are looking to change that.”

The rules for Movember are a little different at EnviroForensics. Instead of starting clean shaven and growing out your lip foliage for the duration of the month, most participants already had facial hair and just shaved them down to a moustache on the first of the month. McFall calls it the “Reverse Movember.”

“It works better for us, since most of our team already had beards. The shock value of seeing someone with a moustache helps start a conversation and allows us to get the word out. “

As soon as a participant raises $100 for the cause, they have the option of shaving their moustache. . Of course, until that time, the cookie duster stays in place, and the person is encouraged to strike up conversations about the aforementioned men’s health issues. Many participants, including McFall, will sport the soup strainer all month long. All Movember participants are encouraged to also undertake a “move challenge” in which they set an exercise goal and stick to it for all 30 days of Movember. This challenge allows women to support the cause as well. Our very own Grace Randall has stepped up to get out the word for men’s health.

If you’d like to help out our team, you can follow this link to their home page. You can also donate to individual Movember participants. 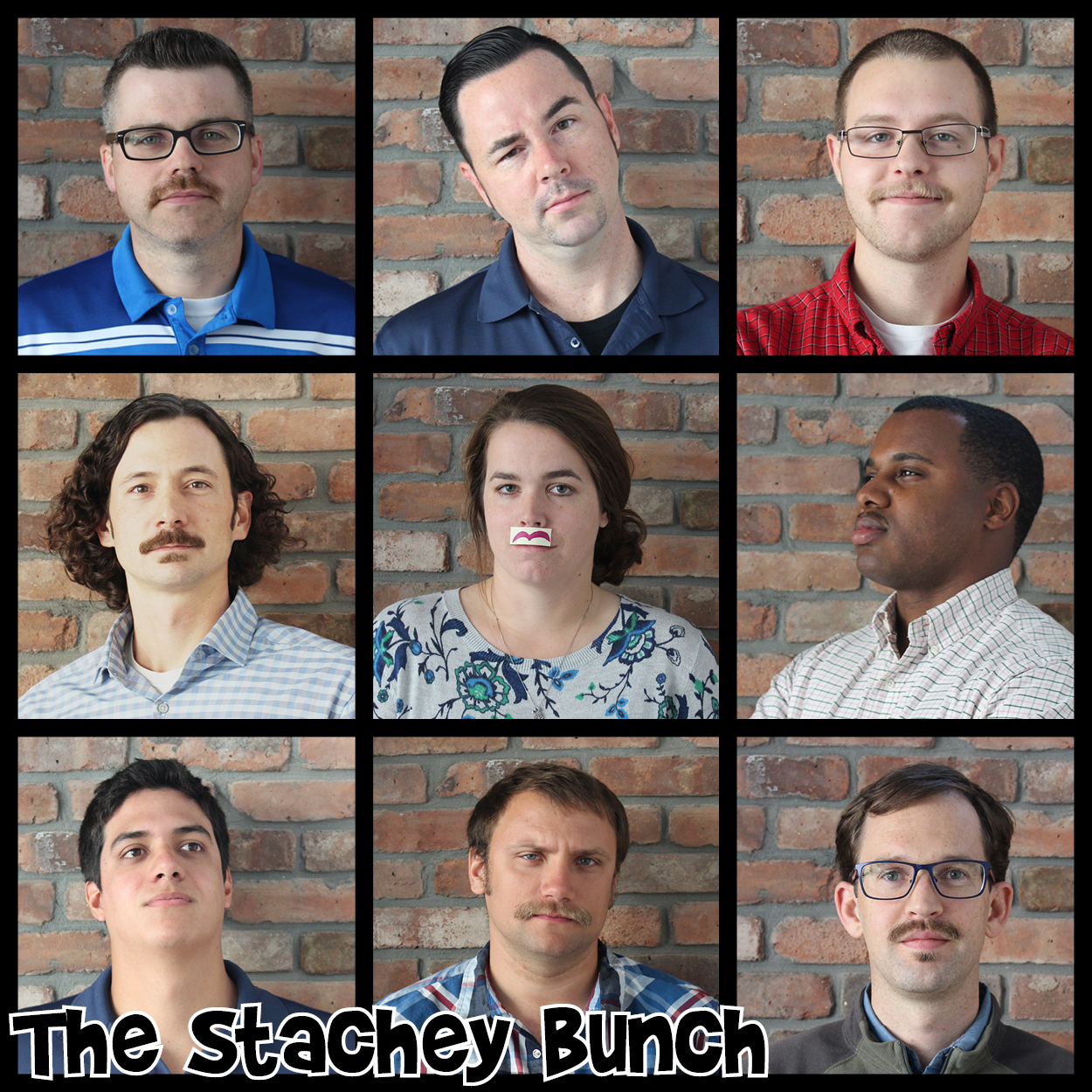